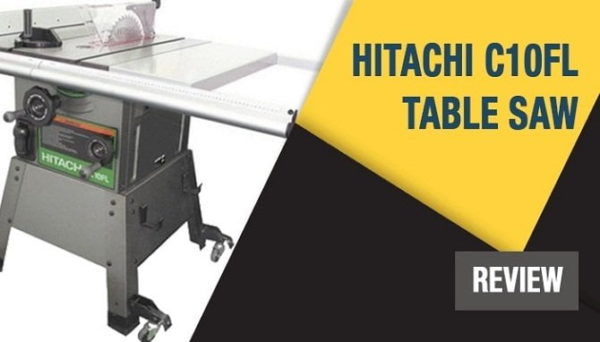 The Hitachi C10FL used to be a popular table saw nearly a decade ago. It had the power, the efficiency and the general accuracy you would expect from a Hitachi table saw. At least, this was what was advertised on paper.

The C10FL is not an affordable saw. While production of this unit has been discontinued, it can still be had second-hand for around 500 bucks. 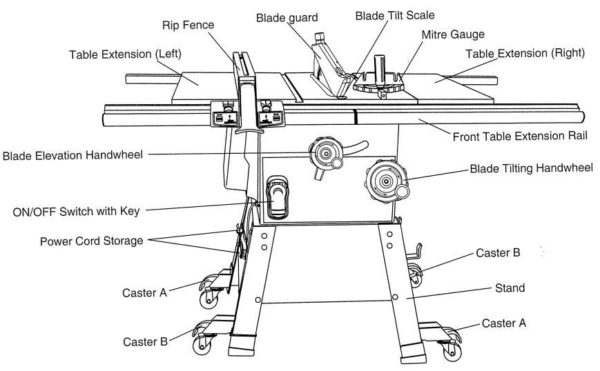 The powerful 15-Amp motor is relatively silent and a smooth performer. It also has an exceptionally good dust collection system that left the workshop spank clean after every use. However, this does come with its own set of problems.

The wide working area of this Hitachi table saw is a big plus. It is open-space, and dimensionally not limited when making straight cuts.

Right after setting this table saw up, you will notice that the Hitachi C10FL has a movable base that is simply just a base. It moves, but it lacks the general smoothness of a movable table saw. It is jittery at best and any ridges on the floor will literally bend the rollers. That’s right. It happened to many people. Which is more than weird, since Hitachi advertised this product as a “stationary table saw”.

It weighs a ton, and it makes no sense to have a table saw of this size and weight to be movable.

This table is also a potential fire hazard. The dust collection compartment is inside the table saw, so you visually have no idea what it is collecting. Sawdust that enters it is hot from friction so the risk of a fire is ever so present with this table saw model.

Furthermore, the instructions that came with the Hitachi C10FL table saw was literally rocket science. You absolutely need sound knowledge about the operational parts of a table saw to get it going. Not the easiest thing in the world if you’re a beginner or use your table saw for simple cuts.

It was also fairly pricey, and nothing can justify the price of this table saw. Absolutely nothing!

We feel that the features of this table was “beef up” and didn’t reflect reality, at least, for its users. Many customers quickly found their way into a whirlpool of woes using this product. To think about it, how could Hitachi ever have released this table saw in the first place?

Hopefully, this old model by Hitachi will be relegated to table saw history and be nothing than a bad memory. Today, there are far superior table saws at a fraction of the price of the Hitachi C10FL. Both your money and time will thank you for looking the other way.

4 Types of Table Saws You Should Know

Radial Arm Saw vs. Table Saw: Which is Better for You?

Track Saw vs. Table Saw: Which is Better for You?

Table Saw vs. Circular Saw: Which is Better for You?