Finding a good random orbital sander can be challenging. There are many good models out there with almost similar prices and features making it tough to pick a good model. Additionally, popular kits like the DeWalt D26451K and the DeWalt D26453K often create confusion because they both have so much good reviews.

We have already compared those standalone sanders in a comprehensive comparison guide here (DeWalt ﻿D26451 vs. DeWalt D26453). Today, we will pit together the “kit” version of those sanders (denoted by K) and see which one is better for the money.

If you want to buy a sander, here are some reviews that I recommend you to read such as DeWalt DWE6423K, Black & Decker BDERO100. 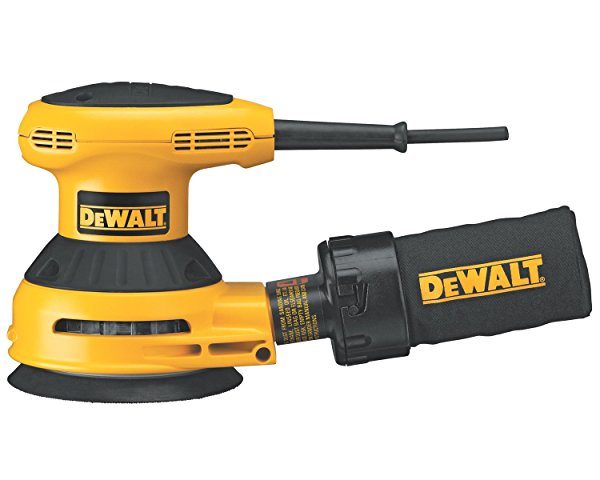 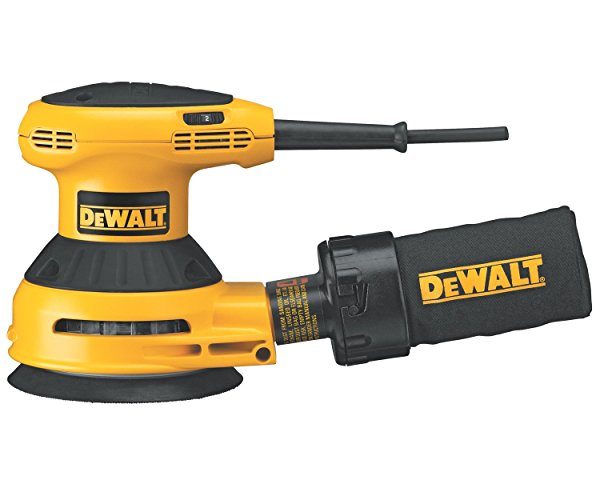 Some technical specs of both models

Both those beasts sports the same heavy-duty 3.0 Amps motor. They have an air-vent at the side for air ventilation which helps keep the motor cool during sanding. 3.0 Amps is adequate for any general purpose sanding, and both those units should provide adequate performance.

The DeWalt D26451K and DeWalt D26453K operate at 120V, which shows they are mainly for the North American market. International buyers can use a step-up transformer to use this power tool.

The speed is where those two random orbital sander kit models differ.

The DeWalt D26451K is a single speed 12,000 OPM machine. This is the no-load speed, and using the sander would result in a smaller OPM speed. But this is normal and true for any other sander. Having a single speed also means that this model is much simpler and easier to use.

The DeWalt D26453K is more versatile, operating from 7,000 OPM to 12,000 OPM. The variable speed control is easily accessed with the finger. Having a variable speed means that you have more variety in your finishing results.

For this round, the DeWalt D26453K wins hands-down.

The finishing quality will largely depend on personal choice and the result you want. If you want a smooth and polished surface every time, the DeWalt D26451K has a single speed of 12,000 OPM that delivers just that - a smooth surface. It is best to use only for finishing work and not ideal for removing paint or veneer on material.

On the other hand, the DeWalt D26453K is more versatile, and its variable speed allows it to not only perform finishing jobs but also great at preparatory tasks on its slowest setting. The 7,000 OPM does an excellent piece of work removing lots of material fast and is great to prepare raw lumber or remove paint on wood, for example.

Being user-friendly is what make those power tools enjoyable to use over the long run. The easier to use, the more “bang for your buck” you get out of those machines. Here are some important user-friendly aspects of both:

Working in a clean workshop makes you much more productive and healthier. With that in mind, both models have a dust collection system delivered free of charge.

Dewalt chose to go with the same fiber cloth dust bag. They are made from thick and premium quality fiber cloth material, which should technically last you years. Those dust bags are by no means the best filters out there, but adequate for 99% of woodworkers who are only looking for a clean working environment and fresh air.

Both models accommodate 8-hooks 3/32 standing pads of varying grit sizes. The hoove-and-hook mechanism allows for a snug and tight fit of the sanding pad. It will stay in place even under heavy-duty sanding.

DeWalt also employs a very practical feature that makes the sanding disc start slowly and brakes when lifted from the material surface. This help prevents gouging and limits the sander from being a potential health hazard.

The standard size of the pad in both models will work with any 8-hook sanding pads.

To make a choice even harder, both kits are offered at roughly the same price point. They have a 3-year limited warranty and come delivered with the same accessories - 1x dust bag, vacuum adapters, and a cloth tool bag. Not the most impressive, but those are sweet bonuses that are missing from many other random orbital sander kit models at the same price.

The DeWalt D26453K wins and is the recommended purchase!

Should I Buy Black & Decker BDERO100 ? Read Our Review

Should I Buy DeWalt DWE6423K ? Read Our Review